So I’m just spitballin’ here, but I have a theory. The little yellow Minions from Despicable Me are a fantasy version of our children.

I took the kids to see the sequel today. (the first was better in my opinion, but the kids really enjoyed this one) There were a lot more scenes with the minions in this one and my theory dawned on me pretty early on.

Minions are an altered version of our own kids. Think about it, they spit, beat each other up, speak without making any sense, their sole goal is to be silly while sort of doing what they are told…sort of. They smack each other around, beat each other over the head, and it’s socially acceptable for Gru to kick them and throw them under/on/beside/into moving vehicles. They behave this way without any repercussions or consequences other than what they bring on themselves. It’s ideal! No one manages them, they are just left to their own dim devices.

They are grown up versions of very small beings that dress up in silly costumes and fart, spit, and barf on each other.

Are ya with me? Did that make any sense? I think that’s why adults like these movies so much as well. The only people not understanding this or not onboard might be only children. If you had siblings, i’m sure you can relate to the way they treat each other, and in turn how Gru treats them.

politically correct disclaimer:I do not wish to represent my own children with minions or myself with their adult overseer – Gru – however, the likeness is uncanny at times. Any likeness is solely coincidental and I have not, nor will I kick or throw my own children on/under/around a vehicle. No children or minions were injured in the writing of this post. Anyone having a problem with my theory can stick their opinion in my ray gun and blast it where the good lord split ya. 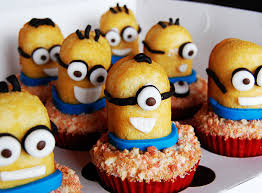