There are certain topics that set my teeth on edge when it comes to my kids. Things that, for whatever reason, I am not comfortable discussing with them. Over their lives this list has somehow become shorter and longer.

When my son was old enough to recognize his wiener and ask what it was, I panicked. That was my first real one-on-one panic with my child.

“Well, shit. I don’t know what we’re gonna call it!” was my first internal reaction. Next was, “Why didn’t my husband tell me this would happen and how to handle it?!” and then, “This was NOT in that birthing class!”

But he was still waiting for an answer. We tried “penis”, but honestly it did not sound normal hearing his little voice saying it. We settled on the old standard, “pee pee” and since then we have trained everyone to hear it and say the proper name.

But we still call it a wiener.

Same goes for my daughter. However, in this instance, it was my son asking while pointing. She was not yet old enough to decide how to say it. Left up to him it would be a “front butt”. Something to this day he still insists it must be because anatomically it is the only logical option.

To be clear, they know and use the proper words, but in everyday conversations – and yes, some days this is an every day conversation – we use the more common “pee pee” type words.

Anyway, my point is that it has taken time for me to be ok with this dialogue. Now my son is bringing up crushes. He has a big crush on a girl in his class and he talks about it maybe more than I’d like to hear. He’s 9. Pikachu and Gumball should be the only things he is that interested in, in my humble and square opinion. 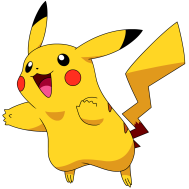 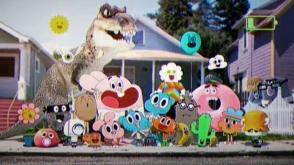 Regardless, he has been asking things like, “Well maybe if I continue to be nice to her, and (the boy she actually likes) does something so she doesn’t like him anymore… then maybe she could have a crush on me instead someday, right mom???”

And I know not every single conversation has to be a teaching moment … but with my son, I feel like it’s expected. He’s very smart, and does not tolerate being brushed off. This felt like a moment I could encourage him to become a stalker, or maybe encourage him to recognize a good friendship when he sees it. Not to be friends with someone with the expectation they will change.

The problem is he’s not yet savvy enough to pay attention or recognize the answer he needs to hear. Poor guy.

Then my daughter chimes in with her crush .. which happens to be a counselor from her summer camp five months ago.

I try not to have an emotional reaction to these things, I swear I do. But i’m not always successful.

“I know your sister has a crush on an adult, but never ever is it ok for an adult to have a crush on a child.”

and in my head i’m like, “keep the vehemence out of your voice. you are explaining, not preaching. they don’t know. they can’t know. stay calm. do not let the blood rush to your head.”

And the confusion and innocent arguing sets in. They both become upset because they think i’m saying it’s not ok for an adult to love a kid – “Mom, of course that’s ridiculous because that would mean you don’t love us!” My daughter gets upset because she is insisting the camp counselor does like her.

Trying to discuss the innocence while instilling a sense of right and wrong when lines are crossed when covering the topic of feelings for someone else is not anything you are ever trained for or anticipate, and I find it hard to believe it ever goes well on the first pass.

At the end of my side of the discussion I asked my son, “Does that make any sense?” and he urged me with waving hands and a very agitated face, “No, not at all. Can we just stop now?”

So we got out and went to the shoe store. I was exhausted and jumpy. These conversations leave me hugely anxious.

This whole thing follows a conversation I had days earlier by my insistent 5 year old that I write her a letter from heaven when I die…. before my next birthday. She was crying actual tears saying she doesn’t want me to pass. After assuring her that I would write a letter, she is relieved and says, “You’re going to wait for me on the rainbow bridge, right mom?”

Parenting should be grounds for self medicating with very powerful drugs.

I can say with complete confidence that I am not nailing this parenting thing as of late.