My Tweets
Posted on October 1, 2017 by sarcasmica

Still here? Ok, you asked for it!

My daughter and I had a lot of fun. I must say, however, a little of the magic has already gone away for her. I knew it would happen, which is why I will always remember the first time we did this mommy/daughter trip Feb-2016.

She’s 7 now and figuring out the characters are costumes. We had the conversation over lunch at the country bear cafe place “Why have you been lying about it the whole time?”

We talked about the fun and the make believe and she got it, but she was sad to have that bubble popped literally in the middle of Disneyland.

It was a kick in the nuts for me. I just had the Santa conversation with my 11 year old son a few weks ago. Is nothing sacred anymore?!

So instead of obessing over Princess hunting this time, she was toy hunting. There was a lot more souvenir insistence instead of ride and line-waiting fits. We stopped a few times to take a breath and point out the gratitude I expected versus the brattitude I was getting.

It really was a great day, I swear. I think it was the second time in my life I was there for park opening. We walked onto everything!

She hated Space Mountain this time. ☹️ Last time she loved it after waiting 90 minutes to ride. This time it was Halloweenifed with big skeletons on big screens. She was not a fan.

Big Thunder Mountain was a hit again, and we did her first Splash Mountain ride. It was awesome.

We had fast passes for Haunted Mansion and rode it twice since that was the big reason we went- along with 8 million other park goers today.

Let me just say, some characters, Mr Disney, need not be brought into reality. Jack is a tall, BONE thin skeleton with a giant bobble head. He is perfect in clay. Today we saw alien Jack.


My daughter, God bless her, insisted we get a picture with them for me (because she knows about my love for him) but after hearing the SIXTY-FIVE minute wait time opted out. She tentatively informed me that he looked “kinda weird”. I think she was afraid of bursting my bubble 💜.

We both breathed a sigh of relief when we realized we didn’t have to take a photo with the creature.

We took a selfie with Zero’s dog house instead

Yes, I admit I got sucked into the whole Mickey ears trap. My husband said before the trip, “You already both have the hats, right, so that’s something you wont need to buy.”

Ha! But we didnt factor in the cool kids factor. I barely had money to buy a drink or a crappy Tomorrowland pizza slice back in the day. Going to the park now and being able to join the lemmings is a whole new world for me. ..and I couldnt indulge without the kid, so there you have it. Mickey Mouse confessions. I frigging bought them!

The last gripe is pointing out the amount of vertically-challenged photographers. I have mastered the selfie angle to give the appearance of a reasonably sized person. Hand the phone over to these Disney cast members and it looks like a competition for most chins.

I am exhausted despite managing to head back to the hotel for a little down time this afternoon before heading back to the park in the evening.

We didnt make it to Fantasmic on the the steamboat. We left the park during the fireworks show. Some day I will see that show, but it was not today. Someone was pooped: 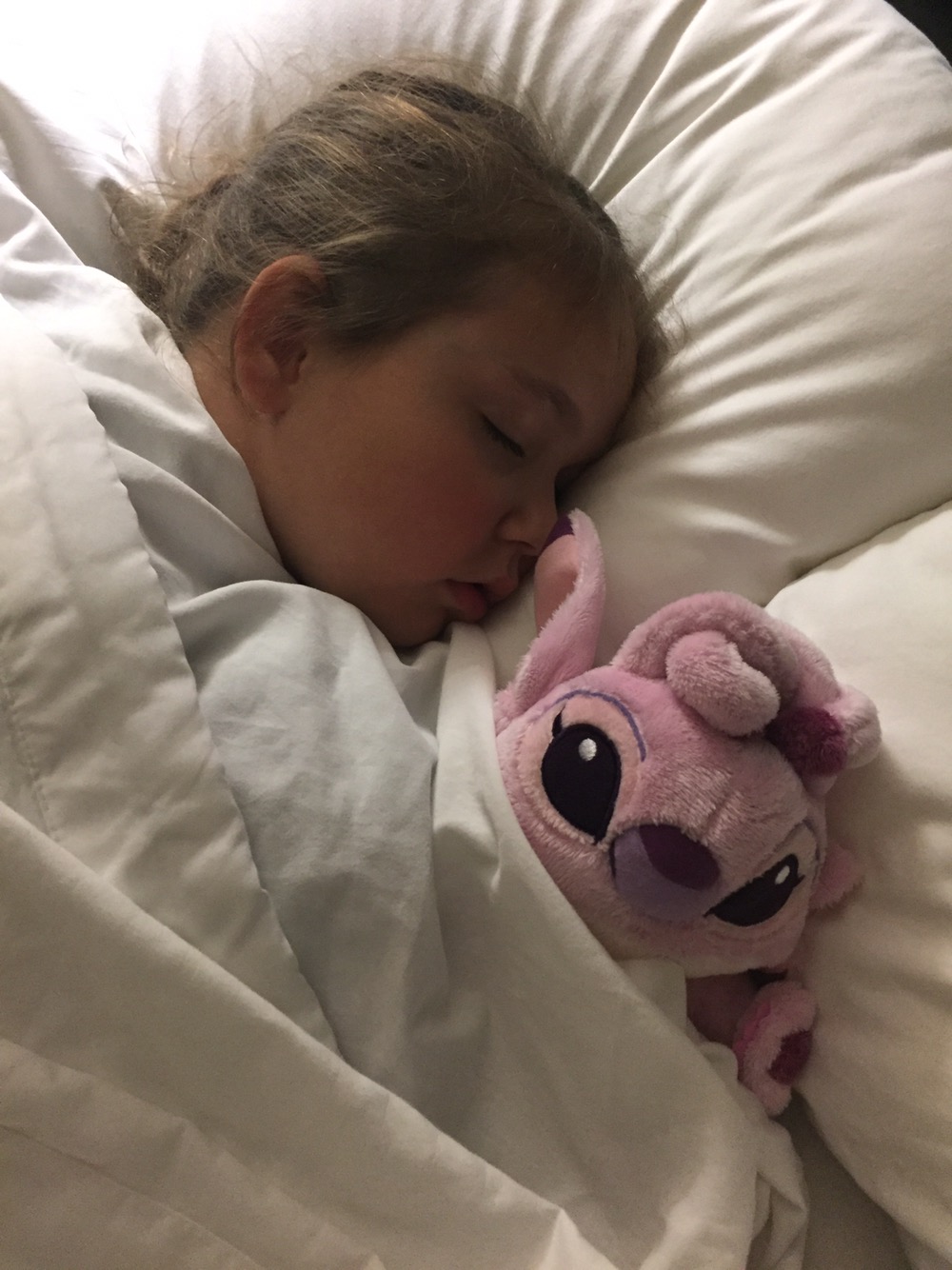 “Please dont wake us up at the buttcrack of dawn tomorrow, mom. Lets wake up at 10 o’clock…no wait, make that 11.”