I haven’t been writing much lately. Too many people I know read this, I think. I’m much more comfortable voicing how I feel about you when you can’t really hear it. I’m in the  passive aggressive subspecies of homosapien. We aren’t so good at the face to face stuff.

Anyway, some changes have been happening ’round here. Firstly, and foremostly, I got my braces off yesterday. HUZZAH! Remember all the whiny moaning entries about my teeth drama? No? I don’t blame you, I probably wouldn’t read someone else’s self-indulgent bitching either …. (but then what blog isn’t just that?) Well half the battle is won. The stupidmotherfuckinggoddamned braces are no longer. No more wires cutting into my gums/cheeks/lips. No more vice-tight teeth preventing my number one hobby-eating all the things. No more TADs breaking out of my jaw bone. (who remembers that little diddy?) No more biting my own damned mouth, resulting in subsequent bites because of swollen tissue.

Just happiness is what i’m saying. It’s all just happiness. The removal was less than I was anticipating. That was great. So great, in fact, my mouth decided to process for an entire day before it really decided it wasn’t happy. It seems the wrenching off the brackets off of the glue that attached them to my teeth did a number on said teeth.

To celebrate the 2 years of pain and agony, the orthodontist gives the newly slime-teethed a giant candy basket to celebrate! It is chock full of gummies and sticky candy galore. It made me wonder if he is married to a doctor that gives a discount for treating diabetes. .. or a dentist.

My kids were happy, regardless, and my son was a bit prickly that he did not receive such treasure when he got out of his braces. I reminded him where this all began – with the impulsively retired orthodontist he had who went out with a dementia bang.

I offered him to go back into braces to get the reward and he declined.

Also this month, my 2.5 year stint volunteering with man eating dinosaurs is coming to an end. I began in August 2016 volunteering twice a week to feed and clean at a parrot sanctuary with nearly 300 birds. That gig was the start of many amazing things for me for which I will always be thankful. I have always always always wanted to work with animals. Truth be told, in that dreamworld I would get paid for the work, but whatevs. I compromised and volunteered instead. The experience has been priceless. The bites have been memorable. The friends made have been unexpected. The growth and lessons for myself have been lifelong. I will still support them by taking photos and helping out with the Instagram account ( @zazushousesanctuary if you’re interested!) but my weekly obligation has been worn out. I feel like I can’t honestly say why because as stated before, too many people have access and i’d hate for there to be any blow back for my reasons. Let’s just say it stopped being a fun side gig and started becoming an unappreciated obligation by more than one party.

I will miss the birds, but I’ll be able to go and hang out with them simply to catch some hopefully great photos. 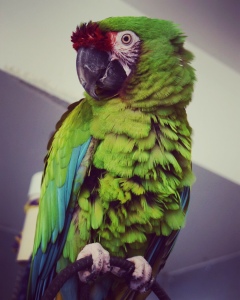 The next order of change on the docket is my child. Someone went and told my son that growing up shall commence. He will be done with elementary school in less than two months and he will be on to junior high school.

Holy hell, how did that happen?! 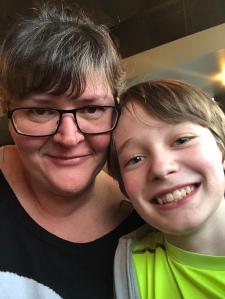 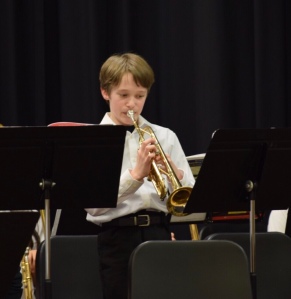 Honestly I’d love to be one of those parents who is like, “Wow, where did the time go?” But really I can give a detailed account of just where all that time went and it’s all marked by my well-covered gray hairs. Truthfully. I love this kid like nerds love dragons, (moms love yoga pants/teachers love medication/dads love bathroom screen time) but the time has by no means gone unmarked.

I have been in the moment with this kid since the beginning and sometimes I feel like he should actually be entering college by now, but no. We are simply staring down 7th grade. I’m excited for him. He has grown into a great kid. He has been a late bloomer what with his asshole parents moving him all over the damn western half of this country his entire life. I have earned nearly all of these grays. I take full responsibility. But I’m happy to report that he will be sent off to junior high with confidence, integrity, strength of character, some bad habits, and a lot of love.

The last change is making the choice to go back to work. Granted, the hiring deities are really the ones making the choice, but I’ve thrown my resume in the ring, so to speak. It’s been over 9 years since I was an educational interpreter. It’s scary to pick up my hands and entertain the idea of being the responsible party for a deaf kid to have equal accessibility to a classroom. A lot of the language has gone bye bye, but I’m gonna choose to believe it will magically flood back into my brain with the exposure of a workshop and some youtube videos. Sign language is like any language… difficult to maintain when not in use. Unlike other languages, it’s a bit hard to find signing practice partners.

So that’s the update for now… kids are around, homework needs doing and those cocktails wont mix themselves.